What if your superpower could wipe out a city in the blink of an eye? How would you learn to control that power? Pandora: Total Destruction is a tabletop roleplaying game where players take on the role of overpowered supers who must learn how to control their power and stop a great evil.

On a rainy Monday evening in the middle of January, Rodney Challice momentarily lost control of his power and created a black hole the size of a dozen city blocks in suburban Pittsburgh. And it grew bigger by the minute. When it finally closed, 61,394 people were gone and a massive crater the size of a small town was all that remained. Many empowered died trying to help others while attempting to close the black hole. Only Supreme, Earth’s greatest superhero, could withstand the sheer destructive force long enough to reach the kid inside. When he did, the black hole collapsed and took them both with it.

When the dust settled and the death count became another page in our history books, we called this moment the Void. That was the kid’s super name and it stuck, became a symbol of what could go wrong “if empowered people were left unchecked.” Governments began to call them dangerous. Emphobia – discrimination against empowered people – began to rise in countries around the world.

Now the world doesn’t like having super-powered people around again. They fear us but they can’t stop us. So now they control us. Now there’s the Pandora Initiative, an international agreement signed by 164 nations requiring all empowered to receive mandatory training at secure facilities around the globe, known collectively as Pandora Academies.

Some of them are schools. Some are prisons. Some are run by governments, some by private organizations. Some students never graduate and remain there as permanent residents. What has been touted to those without powers – or nethers – is that the Pandora Initiative is a process to “safely and securely provide essential training and education in the use of empowered abilities without risk to the general public.” The truth is far more toxic.

"For anyone who's into a narrative superhero game and is looking for something that is challenging and new... this is a game you should get in your hands." - Sean from Tabletop Bellhop

"This is a wonderful synthesis of political statements and gameable material." - Gnome Stew 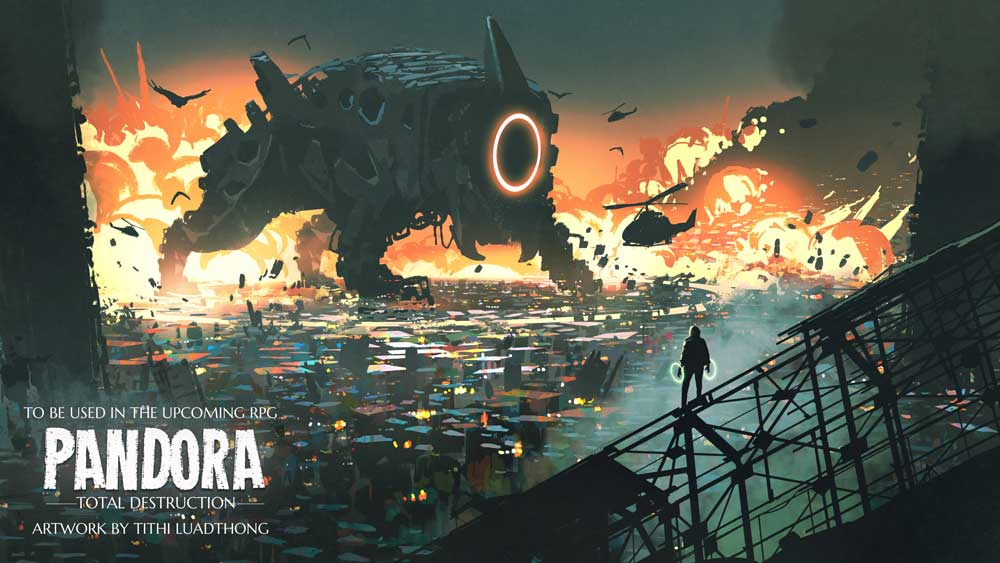 Pandora: Total Destruction (or PTD) is a tabletop roleplaying game where players take on the role of untrained empowered individuals (or supers) with very destructive or potent powers capable of amazing feats and damage. The goal of playing this game is to create a story about these characters as they attempt to master their powers at one of the many Pandora Academies around the world. Unfortunately, that lack of training can result in their powers unleashing havoc on their surroundings and any innocent lives caught in the crossfire.

Over the course of numerous scenes played out across three Acts, these supers-in-training must quickly learn how to control their powers enough to stop a great evil that develops throughout a story created by everyone during play. 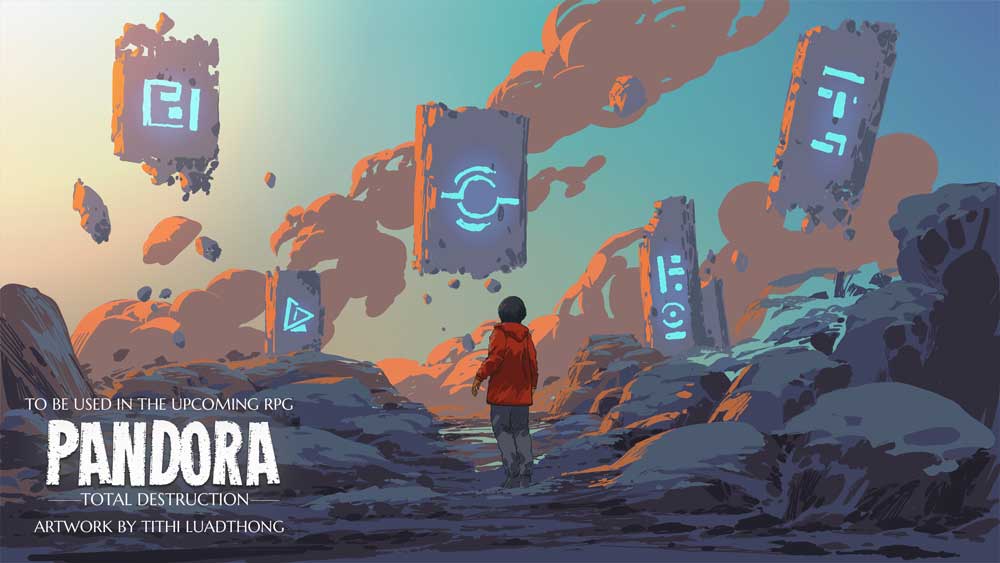 In order to download this game you must purchase it at or above the minimum price of $13 USD. You will get access to the following files: 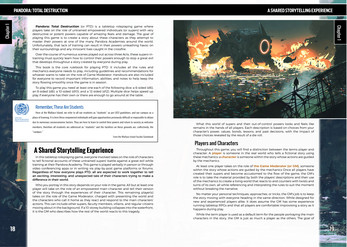 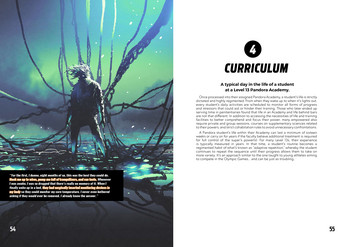 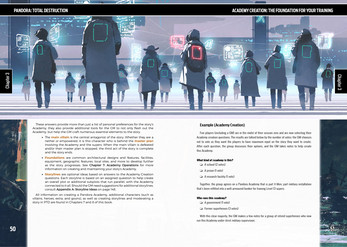