We were once a beautiful world, young and fertile. Nothing but hope and opportunity lay before us. We were the chosen ones of our creators and lived a lavish lifestyle. Until the All-Father revealed his jealousy at the love his children gave to their creation and not him. His wrath nearly wiped us out. Now we are the enslaved and oppressed living in the Five Cities or risking it all in the Wastes.

But there are some who call no place home. They wander between all places and live by their own rules. Will any of them rise up to become the mysterious heroes we need?

The High Plains Samurai Roleplaying Game is a tabletop story game about gunslingers, barbarians, samurai, gangsters and steampunk in a post-apocalyptic world of super powers. Everything you need to take on the mantle of Writers and Directors telling the first draft of an original story in the One Land. A story that may one day save these people from oblivion.

Built using the ScreenPlay engine, HPS is a collaborative story game with all players taking an equal role in the storytelling process. Players take on the role of Writers working with the Director to draft complete stories of action, suspense, horror, and survival. Through their lead characters, Writers actively drive the story and create epic action sequences as the central storytellers; the Director reacts to their descriptions while simultaneously challenging their characters along the way. For every description moving the story forward, another player will deliver its outcome to push it further, react to events, and embellish details with camera angles, special effects, even a character's demise.

In a world where everything is possible, dice rolls are not used to attempt success or failure, but as complications against your enemies... and death is the ultimate complication. Characters roll dice based on the number of details built into their descriptions against an opponent's Defence for the right to choose their enemy's fate or perhaps allow the enemy to choose their own. Each complication becomes incorporated into the story and can also be countered or removed by spending Vitality until there is none left to give or the battle is over.

With the HPS core rulebook, you get...

Together, you will create tales of heroic struggle against the machinations of the mysterious bandit known as Black Scorpion and her bloody plot for revenge that threatens the return of Chaos incarnate.

A map of the One Land

Explore the world of HPS like never before at highplainssamurai.com with the Atlas of the One Land. A free seting blog providing new locations, creatures, and supporting character to enhance your adventures.

Features: Complete rules to create your own original stories in the One Land, including character creation, setting, and GM advice; vision layers to adjust from colour to black-and-white or remove all graphics for readers with visual impairments, tagged for maximum screen reader accessibility; table of contents; index; bookmarks; links

In order to download this book you must purchase it at or above the minimum price of $10 USD. You will get access to the following files: 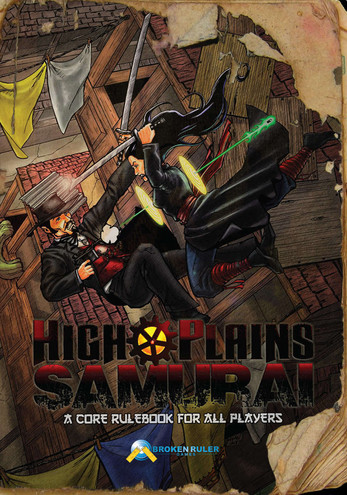 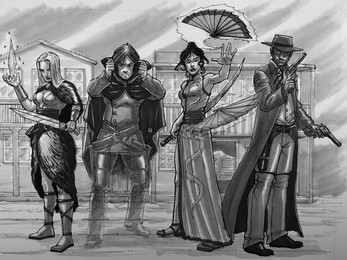 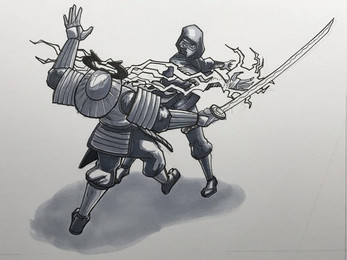