People have had superpowers for decades. Having powers became so common that parents held superpower reveal parties for their kids. We embraced these as divine gifts, signs of our superiority, or as part of a wild theory about the side effects of avoiding gluten. Whatever it was, it brought us to a new level of civilization. The more supers appeared in the world, the more explosive their powers became. They became dangerous. Really dangerous.

Now the world doesn’t like having superheroes. We fear them, but we can’t stop them. So now we control them. Now we have the Pandora Initiative, an international coalition of nations requiring all supers to receive mandatory training at secure facilities around the globe, known collectively as Pandora Academies. Some of these are schools. Some are prisons. Some are run by governments, some by private organizations. Some supers get picked up in a van and are never seen again. No one’s taking chances any more and being a super just got a lot more complicated. 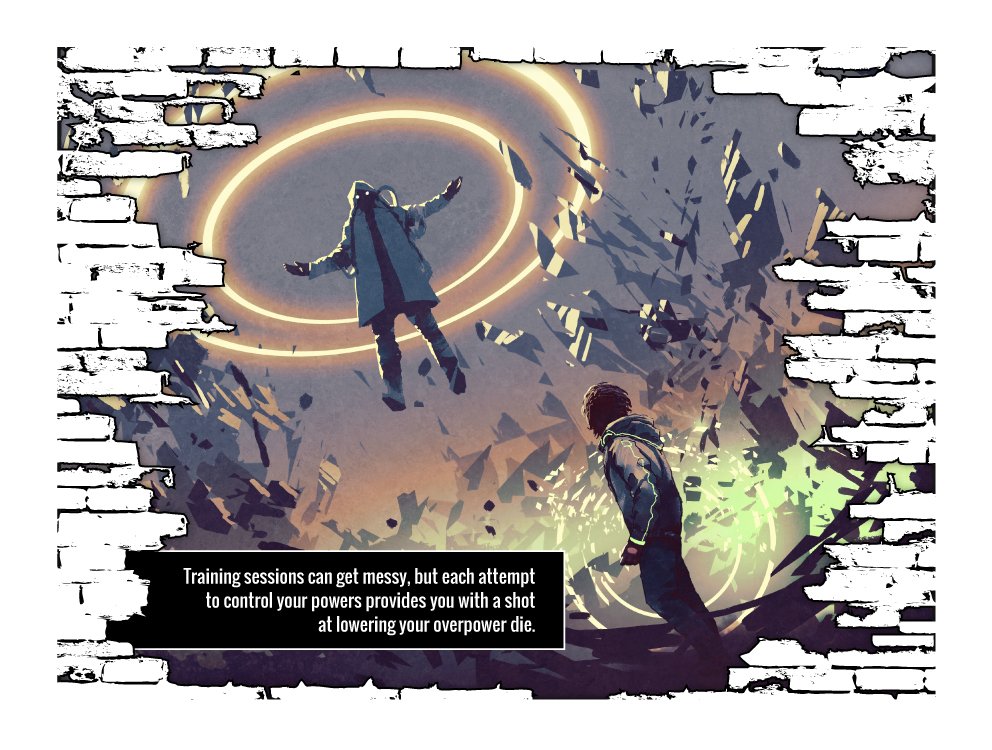 Pandora: Total Destruction - Preview Edition presents a look at the upcoming tabletop roleplaying game where players take on the role of untrained supers with very destructive or potent powers capable of amazing feats and damage. Think of it as the X-Men meets Akira.

The goal of playing this game is to create a story about these characters as they attempt to master their powers at one of the many Pandora Academies around the world. Unfortunately, that lack of training can result in their powers unleashing havoc on their surroundings and any innocent lives caught in the crossfire. Either played as a one-shot or as a mini-campaign, these supers-in-training will have to quickly learn how to control their powers enough to stop a great evil that develops over the course of the story created by everyone playing the game.

As a tabletop roleplaying game, everyone involved takes on the role of characters to tell fictional accounts of these untrained supers’ battle against a great evil while training at their Academy. This game will be played verbally in person or through video conferencing apps or in writing via play-by-post game platforms or forums. However everyone seeks to play PTD, all are expected to work together to tell an exciting, interesting, and unexpected tale of their characters trying to make a difference in the world.

Whom you will portray in this story depends on your role in the game. All but at least one player will take on the role of a main character (known as a super) and tell their version of the story through the experiences of their character. This remaining player(s) takes on the role of the GM, charged with presenting the rest of the world and how it reacts to the supers’ actions. This can include other supers, instructors, villains, and regular citizens moving about in the background. If a 10-storey building collapses into the waterfront, it is the GM who will describe what that looks like and how the rest of the world will respond to this event. Each description will be based on choices from your character’s power, values, and decisions with the impact determined by the result of a die roll. 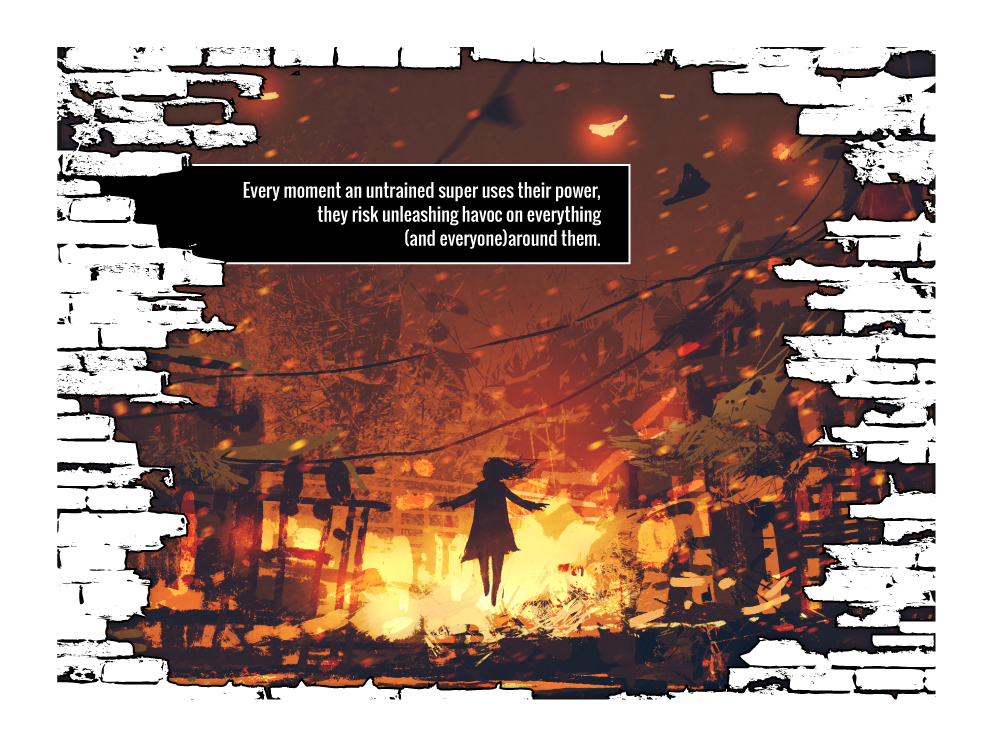 Using the Storyhunter System, all players will tell the story of their supers over the course of three Acts. Within each of these, everyone will roll a number of scene points and spend them throughout the course of the Act to create spotlight scenes exploring their character’s backstory and personal struggles, training scenes where the supers learn to overcome their difference and manage their powers, battle scenes against the forces of evil conspiring against them, and vital scenes to ramp up the intensity and consequences of failure.

Each scene will provide the supers endless opportunities to test and use their powers in an effort to avoid causing too much destruction. When an action is triggered by the narrative, each super must roll their action die plus their overpower die against a target number of 6. Each of their values can reduce the target number by one, revealing how their personal motivations, aspirations, and passions can make a challenge easier to reach… but also harder to control. If they use their power and roll over the target number, they will create havoc, a number of points that must be spent on collateral damage, harm, and other serious consequences for the supers and those around them. Once the supers have achieved the scene’s goal and rolled enough successes to equal the scene’s step count, the scene wraps up and the story continues with the next scene.

Download the PTD Preview Edition today for a look at this upcoming RPG. 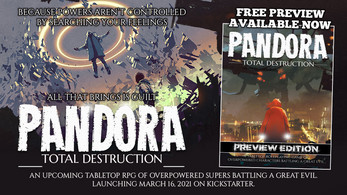 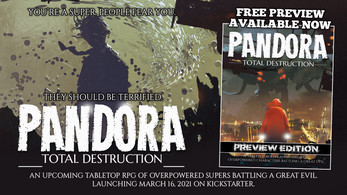 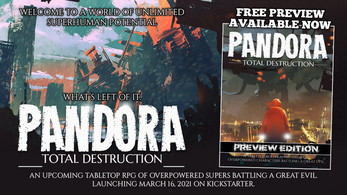